Home > Markel Law Insights > Where should the employer draw the line on office banter? In a recent and widely reported case, a salesperson who was employed at an international US software firm and who was disabled by virtue of his diabetes was dismissed after almost a year’s service due to his poor sales performance. Following his dismissal he brought tribunal claims for disability and race discrimination, relying on four comments that he claimed constituted harassment under the Equality Act 2010. This included a claim for harassment when he said he was called "fat", which he said arose from his diabetes which was a disability. The Employment Tribunal dismissed his claims, saying that he was dismissed because of his poor sales performance and not for any discriminatory reason. The Claimant appealed to the Employment Appeal Tribunal (“EAT”).

The EAT accepted the Employment Tribunal’s findings that the Claimant had indeed been referred to by his regional sales manager as a “fat ginger pikey”, which the Claimant said was due to his connection with the traveller community and that occasionally he was called a “salad dodger”, “fat yoda” and “gimli”  (a reference to a Lord of the Rings character). The Claimant’s line manager’s evidence stated that he would at times pull someone aside if he felt that their language had gone too far, such that there were limits to what would be tolerated, but as far as he was concerned the claimant's colleagues did not exceed them when making the four comments complained about.  The EAT found that the Tribunal was right to rely on the fact the Claimant did not react or complain at the time the comments were made and the evidence, which the Tribunal accepted, was that the Claimant would have done so had he been offended. The Tribunal had also found that only one colleague knew of the Claimant's connections with the traveller community and so those that had heard it considered it as a random comment.

The EAT noted that the Claimant was also engaged in name calling himself and the Tribunal found on the evidence that the office culture was “one of jibing and teasing”, which was “a way of operating which appears not to be unusual for competitive sales people working under stress to achieve their targets”. Witness evidence referred to it as “banter” in that no one was seeking to offend and the receiver was not offended. The EAT agreed with the Tribunal’s findings of fact that, by reference to the wording of the harassment definition the Equality Act 2010, the comments were not unwanted since the Claimant was an “active participant of the culture of banter” such that the words did not violate the Claimant’s dignity, nor were they intended to.  Furthermore, insofar as the harassment was said to be by reference to his disability, the Claimant had not proved any relationship between his weight (incidentally, his colleagues did not perceive him to be overweight) and his disability, so the disability harassment complaint additionally failed on that ground.

The comments made to the employee would clearly amount to harassment in other circumstances, if it were not for the fact that the Claimant was very obviously an active participant in banter of this nature on the particular facts of this case and it was difficult to conclude that the employee would have been offended by the comments. However, tribunals generally will not accept the “banter” argument as a defence, particularly where such “banter” creates a culture of harassment and discrimination.

A clearly worded policy stating that employees must not harass, bully or intimidate other employees for reasons related to one or more of the protected characteristics set out in the Equality Act 2010 and that doing so may amount to gross misconduct, will assist the employer where the policy is actually enforced and consistently applied. 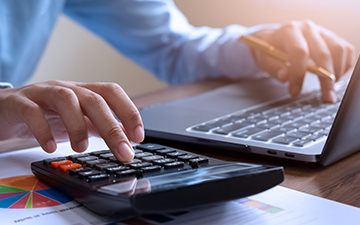