Home > Markel Law Insights > Were employers obliged to consider furlough as an alternative to redundancy?

It has always been the case that employers are not obliged to place employees on furlough. Both the employer and the employee have to agree for the employee to be placed on furlough. However, as employers prepare for the ending of furlough under the Coronavirus Job Retention Scheme (CJRS), two recent employment tribunal cases have provided helpful guidance on the extent to which employers were expected to consider furloughing employees under the CJRS as an alternative to redundancy to avoid an unfair dismissal.

In one case, a tribunal found that an employee who was a care assistant, was unfairly dismissed when her employer refused to consider furlough following the employee’s request to be furloughed and instead made her redundant in July 2020. The tribunal accepted that there was a genuine redundancy situation, since the work that the employee was employed to do as a live-in carer had decreased and the employee had rejected an offer of alternative employment as domiciliary care work. The effect of the Covid-19 pandemic severely restricted the availability of live-in care work for the employer.  However, the tribunal noted that the whole purpose of the CJRS was to avoid redundancies that would otherwise need to be made as a result of the pandemic. In the period up to the end of July 2020, employers who furloughed workers were able to claim a grant of up to £2,500 per month for the regular wage of each furloughed worker, plus the associated costs of Employer’s National Insurance contributions and the minimum employer pension contributions under automatic enrolment. Therefore, in July 2020, a reasonable employer would have considered furlough as an alternative to redundancy. In finding that the employee had been unfairly dismissed, the tribunal noted that the employer could not explain why furlough was not considered (or was not considered suitable) for the employee and did not appear to have considered furloughing her temporarily to see whether work became available. The dismissal was also procedurally unfair. In particular, the appeal hearing of the employee’s appeal against dismissal was a rubberstamp exercise and not a proper appeal. The appeal hearing gave no consideration to whether the employee should be furloughed.

Another case concerned an employee who was employed as a flying instructor for his employer, who was a small business operating a small private airfield and providing flying lessons and related activities. Due to a downturn in business as a result of the Covid-19 pandemic when the flight training school temporarily closed during the first national lockdown, the employee was furloughed by his employer in April 2020 under an agreement stating that furlough would last "for a period of up to 3 weeks initially or until you can return to work as normal". The employee was made redundant in August 2020 and brought a claim for unfair dismissal, arguing that the furlough agreement prevented his redundancy. The employment tribunal disagreed. It accepted that the employer needed to cut costs and keep the company solvent irrespective of the CJRS and that it wanted to use the CJRS to pay some of the costs of the redundancy. Covid-19 had a significant impact upon the employer’s business. Even prior to  the pandemic the trading side of the business (which included the flying school) was struggling financially. It was anticipated that, even when flight training resumed,  there would be a much reduced need for it, partly because flight training involves close contact between instructor and student in a small confined environment in which the risk of transmission of Covid-19 was very high. Although another employer may have chosen to leave the employee on furlough for longer, the tribunal found that it was not unfair of the employer not to do so. Further, the decision to dismiss despite the existence of the CJRS did not render the dismissal unfair. Irregularities in the dismissal process meant the employee’s dismissal was procedurally unfair.  For example, the employer had already made the decision to select the employee for

As these are both ‘first instance’ tribunal decisions, these cases are not binding on other tribunals, but underscore that tribunals may expect employers to have considered furlough when contemplating redundancies. Whilst employers may fairly have made staff redundant while the CJRS was in existence, a redundancy dismissal may have been unfair if a good explanation as to why furlough was rejected as an alternative to dismissal cannot be provided. Once the CJRS comes to an end, employers should bear in mind the importance of considering viable agreed alternatives to redundancy (where redundancies are contemplated), such as redeployment in alternative roles or a reduction in working hours, to avoid a finding of unfair dismissal. 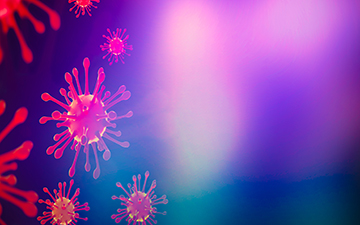 Long COVID – implications for employers
by Julie Waring
Absence is a thorny issue for employers, often difficult to manage as it does depend on each individual case. But since the emergence of COVID there has been an additional concern regarding post-COVID-19 syndrome or “long COVID”. There is so much still unknown about long COVID that it can be difficult to know how to manage an employee who is experiencing symptoms and living with it.
Government extends period for accepting CE product markings until 2023
by Adam Grimwood
The government has updated its guidance to extend the period of time for which it will continue to accept CE product markings for manufactured goods placed on the market in Great Britain until 1 January 2023. This is intended to give manufacturers further time to adjust to the new UKCA conformity mark which has been introduced.
Temporary measures to support businesses from insolvency during COVID-19 to be phased out
by Adam Grimwood
The government has announced that temporary measures brought in to support businesses from insolvency during the pandemic will be phased out from 1 October. Companies in financial distress as a result of COVID-19 have been protected from creditor action since June 2021, through the Corporate Insolvency and Governance Act 2020. As it is hoped the economy starts to pick up, the restrictions on creditor actions will be lifted.