The UK’s data watchdog, the Information Commissioner's Office (ICO) has launched a public consultation on a draft direct marketing code of practice.

Direct marketing plays an extremely important role in how most businesses grow their customer base and showcase their products and services. It’s crucial to be aware of the rules around direct marketing to ensure compliance with the relevant legislation: the General Data Protection Regulation, Data Protection Act 2018 and the Privacy and Electronic Communications Regulations 2003.

The ICO has recently launched a consultation (closing date is 4 March 2020) on a new direct marketing code of practice. You can read the code and take part in the consultation through the ICO website.

The Information Commissioner’s Office (ICO) has fined DSG Retail Limited (DSG) £500,000 after a ‘point of sale’ computer system was compromised as a result of a cyber-attack, affecting at least 14 million people.

What went wrong for DSG?

An attacker installed malware on 5,390 tills at DSG’s Currys PC World and Dixons Travel stores between July 2017 and April 2018, collecting personal data during the nine month period before the attack was detected.

This failure by the company to secure the system allowed unauthorised access to 5.6 million payment card details used in transactions and the personal information of approximately 14 million people, including full names, postcodes, email addresses and failed credit checks from internal servers.

This incident occurred before the introduction of the Data Protection Act 2018 and the fine may well have been much higher if this happened after May 2018. The ICO investigation found that DSG had poor security arrangements and failed to take adequate steps to protect personal data. This included vulnerabilities such as inadequate software patching, absence of a local firewall, and lack of network segregation and routine security testing.

The ICO fined DSG the maximum amount allowed under the Data Protection Act 1998 as it considered that the personal data involved would significantly affect individuals’ privacy, leaving affected customers vulnerable to financial theft and identity fraud.

The Budget: Support for businesses in managing the impact of the coronavirus
by Hannah Thomas
The Chancellor announced a package of measures at the Budget on 11 March 2020 for assisting businesses with cashflow problems arising from the outbreak and to help protect peoples’ jobs. Businesses have had to explore a number of measures, such as temporarily laying off staff due to a downturn in demand and reviewing their existing contingency plans. The measures announced today will certainly go some way towards assisting small businesses in particular. 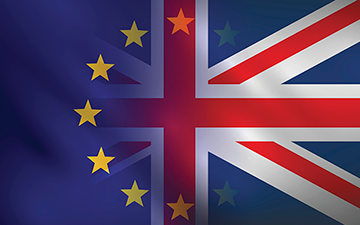 Business preparation for 2021
by Rianda Markram
Brexit: The UK government and the EU are negotiating the details of the relationship after the transition period ends on 31 December 2020. Businesses are being advised to prepare now for changes in 2021. Read our blog to find out more.

A new statutory right to Parental Bereavement Leave
by Hannah Thomas
The Parental Bereavement (Leave and Pay) Act 2018 comes into force on 6 April 2020. Currently there is no specific statutory parental entitlement to time off work (paid or otherwise) following the death of a child. The introduction of a specific, statutory entitlement to parental bereavement leave and pay is intended to set a minimum standard for employees and employers. Read our blog here to find out more.