Home > Markel Law Insights > Can a dismissal for refusal to be vaccinated against Covid-19 be fair? According to recent media reports, the National Care Association, which is an umbrella association which represents independent care homes, has found that between 6% and 8% of workers in care homes are declining the vaccine, prompting the Association to seek a legal opinion on the position of care home providers in relation to staff who refuse the vaccine. As reported in the BBC news, Pimlico Plumbers is reportedly planning to introduce a 'no jab, no job,' policy so that job applicants will be refused a job if they do not consent to be vaccinated against Covid-19 (once the vaccine is more widely available), although there doesn’t appear to be any proposal to dismiss existing staff who refuse it.  Interestingly (such was the media stir), the UK Government Minister for COVID Vaccine Deployment briefly commented on the company’s proposed policy on BBC Radio 4’s Today programme by describing it as ‘discriminatory’ (adding that persuasion is better than force), although such a policy would generally only be discriminatory in employment law terms if someone was refusing a vaccination on the grounds of a protected characteristic under the Equality Act 2010 (such as religion or belief) and the policy on vaccinations could not be justified by the employer as being a proportionate means of achieving a legitimate aim i.e. the health and safety of staff and others, where there is no less intrusive means of achieving this.

People who are hesitant about taking the vaccine for personal reasons that are not related to a ‘protected characteristic’ (including concern about possible side-effects, or general anxiety regarding a new vaccine) would not be able to claim discrimination, but could potentially claim unfair dismissal if they are dismissed (or assert they have been constructively dismissed) for this reason and have been with their employer for two years or more.

Whilst employers cannot force employees to have the vaccine and employers have no statutory right to require employees to be vaccinated, the question that some employers are asking (particularly in the care sector) is the extent to which it may be fair to dismiss an employee who refuses the vaccine.  Where the effect of the vaccine is to suppress coronavirus transmission over and above social distancing and hygiene measures, it could be possible (at least in theory) to justify dismissing an employee ‘for some other substantial reason’ on health and safety grounds where they do not consent to a vaccine, if (on investigation) the employer finds that the employee’s refusal is unreasonable and where alternatives to dismissal, such as redeployment to lower-risk roles are not viable.  Different considerations will apply to different sectors depending on the degree of risk of Covid-19 transmission and its potential consequences. Whilst of course it will be a long time before an employment tribunal considers the fairness of a dismissal on this basis (and possibly years before we have a binding appeal decision on this issue) it is likely that dismissal will only be fair in very extreme circumstances in certain sectors, such as health and social care, in cases where no other reasonable steps to protect vulnerable persons in the workplace are available.

This may apply where the effectiveness of alternative measures to vaccinations (such as continued social distancing, PPE and hygiene measures) and alternatives to dismissal, such as redeployment to alternative roles (where the alternative health and safety measures are not adequate) have been taken into consideration and where a policy on vaccinations accounts for the particular circumstances of individual employees.

At present, employers should continue to implement reasonable alternative transmission control measures in accordance with sector and Government guidance and their own risk assessments.  These include hygiene measures, social distancing, regular testing of employees where applicable, such as in the care sector and consideration of a change in role where identified measures cannot be implemented. 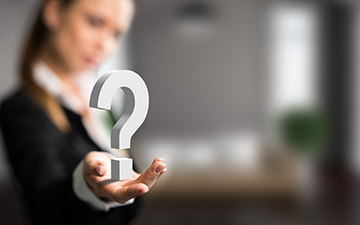 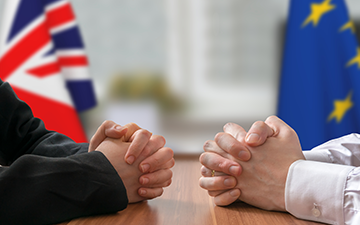 Impact of the withdrawal agreement on data protection
by Rianda Markram
Following the Withdrawal Agreement, businesses may be wondering what has changed on the topic of data protection. Read our blog to find if your business may be impacted by recent developments.