The recently reported Employment Appeal Tribunal (EAT) case of Bakkali v Greater Manchester Buses (South) Limited (GMB), provides a clear reminder that it serves employers well, to have a clear policy in place advising employees to refrain from participating in controversial conversations whilst at work.  The case highlights that conversations of this nature can create a disruptive change in the working atmosphere, particularly when colleagues realise their views are poles apart.

The EAT heard evidence that Mr Bakkali, a Moroccan Muslim, worked as a bus driver for GMB between 2008 until the date of his dismissal in October 2015. Shortly before his dismissal, Bakkali had what he considered an amicable conversation with one of his colleagues, Mr Cotter. During that conversation, Bakkali had shared his views on an article written by a journalist about Islamic State (IS) fighters in Syria. Bakkali is reported to have read out a piece of the article which stated that the IS fighters“…are confident and proficient fighters”.  Bakkali went on to inform Cotter that, “Those guys are very good fighters”.

A few weeks after the conversation Cotter approached Bakkali in the canteen and asked him if he was still promoting IS/Daesh. Bakkali confirmed later that this comment made him angry and led to him having a heated discussion with Cotter. A witness to that altercation described Bakkali as appearing aggressive and intimidating. It later transpired that the views expressed by Bakkali about the technical ability of the fighters were merely expressed in response to what he had read, rather than indicating his allegiance to the politics connected with IS.

Immediately after Bakkali’s outburst he realised he may have overreacted to the situation and apologised for his behaviour to another employee who was present during the altercation, Mr Tomkinson. Unfortunately, when Tomkinson acknowledged the apology and replied “no worries…” Bakkali resumed shouting but this time at Tomkinson.

In view of Bakkali’s disruptive conduct, GMB suspended him whilst they investigated the incident.  The disciplinary procedure, that followed, resulted in the dismissal of Bakkali. After unsuccessfully appealing that decision, Bakkali filed a complaint with an Employment Tribunal (ET), the grounds of complaint being:

The ET dismissed all of his claims on the basis that Cotter’s comment was not because of a reason relating to Bakkali’s race or religion. It found on the facts of the case that Cotter made the comment because of the earlier conversation in which Bakkali had referred to the article and his own views about the fighting capabilities of the IS fighters. Notably, the tribunal remarked:

“…Had the comment been made in isolation, without the context about which we have heard… we could have concluded that it was an act of religious discrimination…”

The EAT held that it was acceptable for the ET to refer to the facts relating to the direct discrimination from which to conclude if harassment had taken place. It also found that the ET did not make an error in its application of the law in relation to harassment. On this basis, Bakkali lost the appeal.

What can employers learn from this case?

Generally, there is usually an unspoken rule that discussions relating to politics and controversial conversations should not happen in the workplace. However, as can be seen from this case, not everyone is aware of this custom. In view of this, it is good practice for employers to have in place a policy, which informs employees that there is an expectation that they will not express their political or controversial opinions during working hours.

If you would like to discuss how to prepare a policy relating to political and controversial conversations in the workplace, contact our lawyers at Markel Law for further advice on what we can do to assist you. 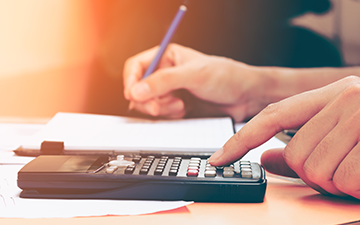 VAT rules for the food industry - why it matters
by Rianda Markram
The Coronavirus pandemic has changed the way that many businesses in the UK food industry operate. We’ve seen a number of restaurants, pubs, cafes and similar businesses offering new food delivery services and our colleagues at Markel Tax are encouraging these businesses to review the VAT liability of their new supplies to reduce VAT charges on qualifying sales.